Dusty Baker is proving to be the Master Technician in this ALCS. The veteran manager and baseball lifer has given the middle finger to the metrics (letting his pitchers rock out) and relied on his decades of knowledge in leading the Houston Astros to a commanding 3-2 series lead over the Boston Red Sox.

#MLBbro Mookie Betts hit a clutch 8th-inning RBI double into the gap that gave the LA Dodgers a 6-5 lead they wouldn’t relinquish. Betts’ clutch hit capped a four-run comeback against the Atlanta Braves bullpen and helped the defending champs get back in the NLCS. The series is now 2-1 and very much a dogfight.

Dusty Baker’s Houston Astros have fallen behind 8-0 and 9-0 in ALCS Games 2 and 3, since winning Game 1.

Astros pitchers carried a 3.63 ERA during the regular season. It’s ballooned to 17.18 this series.

What will Dusty do to wake up the bats and get some stronger pitching outings? Houston trails the series 2-1. 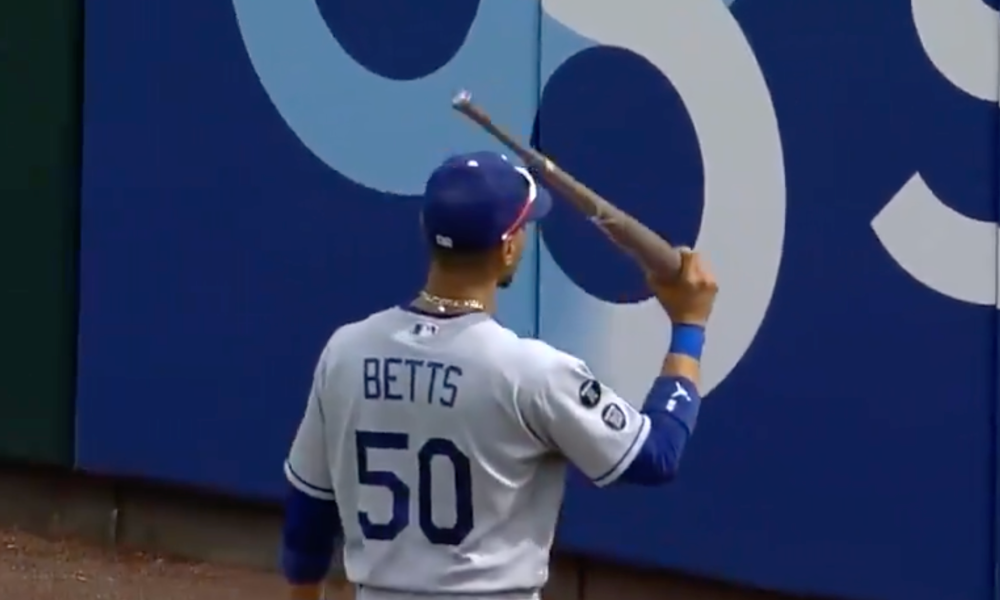 Can Mookie Betts & Dodgers Be The Empire That Strikes Back?

LOS ANGELES, CA — As the Dodgers return to Los Angeles down 0-2 in the NLCS against the Atlanta Braves, can they do one simple thing and protect home field?

Dodgers manager Dave Roberts will have utilized some Jedi mind tricks of his own to get his team back in this series.

Julio Urias will either start Game 4 or 5. Scherzer Game 6 (if necessary)

In Game 5 of the NLDS against the San Francisco Giants, Mookie Betts went 4-for-4, and became the only Dodger in history with four hits in a winner-take-all game. Between the offensive production and his defense that has ignited many plays from his fellow Dodger teammates, this team is on a trajectory to still win the NLCS and make the World Series.

“This is when the stars are stars,” Roberts said of Betts after the game 5 win. “And he’s a superstar.”

However after viewing the first two games against the Atlanta Braves in the NLCS, some would question this team’s focus and energy.

In game two in Atlanta, Mookie Betts opened the game with a single followed by Corey Seager’s homer that gave the Dodgers a 2-0 lead.

The Dodgers had slightly better offensive production, despite Roberts decision to platoon pitchers on the mound including inserting Julio Urias into the relief that ultimately would cost them the win.

The @Dodgers take the lead!

Betts is a part of a gigantic lineup that can hit in spots that most aren’t successful in, but balancing out the production is not only up to the players but Roberts seeing the adjustments through his eyes and not just analytics.

Many of the players are taking on the attitude of their manager with the aggressive base running in the first two games of this series.

During the regular season, the Dodgers ranked 17th in stolen bases. In the first eight games of the playoffs, Los Angeles has stolen 11 bases.

The aggressiveness must remain, yet smarter, more accurate hitting and fielding must improve if they want to have a strong chance at winning this series.

Betts stole two bases. Gavin Lux stole one base and Chris Taylor stole a base in game two on Sunday. Fortunately no one was thrown out while stealing bases.

Last year in the playoffs against the Braves they trailed 3-1 and fought back to win the series and move on to the World Series. This team has been down before, however can rise to the occasion again with similar opportunities on the line?

Roberts has strong believe in this club winning the NLCS, and maybe his strong faith can bend the baseball universe in their favor. However it will take swift action, precise hitting, stellar defense to be the empire who struck back to knock the Braves off for good.

After losing Game 1 of the National League Championship Series to the Atlanta Braves (3-2) on a walkoff homer, Dodgers #MLBbro Mookie Betts set the tone, leading off Game 2 with a single to left field. Corey Seager followed with a two-run homer to give the Dodgers an early 2-0 lead in Game 2 of the NLCS.