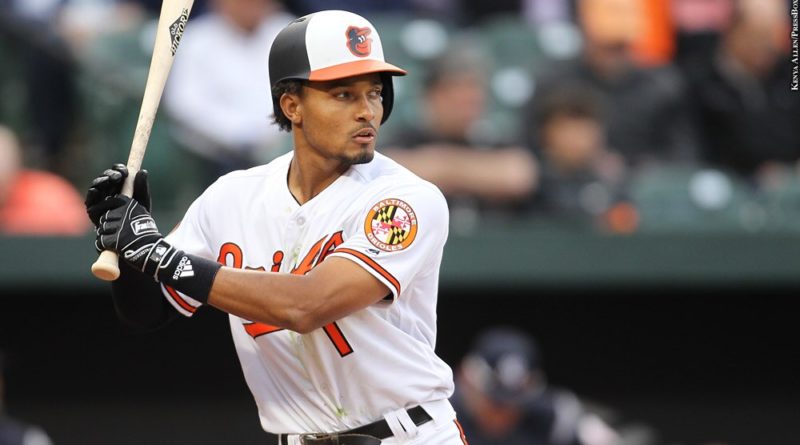 There are numerous MLB players around the league making their 2021 debut as the playoff picture becomes clearer.  Baltimore Orioles infielder Richie Martin made his season debut this month.

Martin is no stranger to the Big Leagues. He made his debut in 2019 with the Orioles. That season he played in 120 games and finished with a .208 batting average, with six home runs, 23 RBI, and 10 stolen bases. As a rookie, Martin impressed many and was determined to show improvements in the future.

He made his way back to the majors this season and so far he’s put up some solid numbers.

A well-placed 320 feet from Richie. pic.twitter.com/seuo0FispM

Martin has played in 10 games and is batting .233 with a home run and four RBI. He recorded his first hit of the season in his third game against the Tampa Bay Rays.

That game he went 1-for-3 with a double and two RBI.

He recently has been impressive at the plate. From August 12 to the 16 he has put together a four-game hitting streak.

It’s safe to say that Martin is making the most of his opportunity in his second stint in the majors.

The 26-year-old has dealt with his fair share of adversity in the past year, but that has not stopped him from putting on those Orioles colors.

After he finished the 2019 season, the Orioles had plans to send him down to Triple-A to start the 2020 season. But when COVID-19 interrupted those plans, Martin was among a group of many minor league players who did not have a season.

And to make things worse, Martin suffered a wrist injury in July of 2020 that required surgery.

Our MLBbro suffered another injury going into 2021 and he was forced to miss the start of spring training. Injury setbacks became the common theme for Martin.

In each instance, however, Martin rose to the occasion and pushed through the recovery process to get himself back on the field.

When 2021 came, Martin was in the Orioles farm system. He played one game of rookie ball, then spent some time in Double-A and finished playing 13 games in Triple-A. During his time in the minors, Martin spent time in the outfield. He’s the type of player who is versatile and can play in the infield or outfield.

But when he was playing the outfield, he suffered another setback. He fractured his left wrist in May after crashing into a wall trying to make a catch.

So once again Martin would have to miss time due to an injury.

But like the previous times before, he wasn’t going to let his injury stop him from getting back to the league.

So here we are now and Martin is back on the Orioles. This brother can play some ball and the Orioles can move him around on defense too, which is a good thing. With the position that the Orioles are in, there will be a good chance Martin will stay on the roster throughout the remainder of the season.

Perserverence has been the secret to Martin’s success.