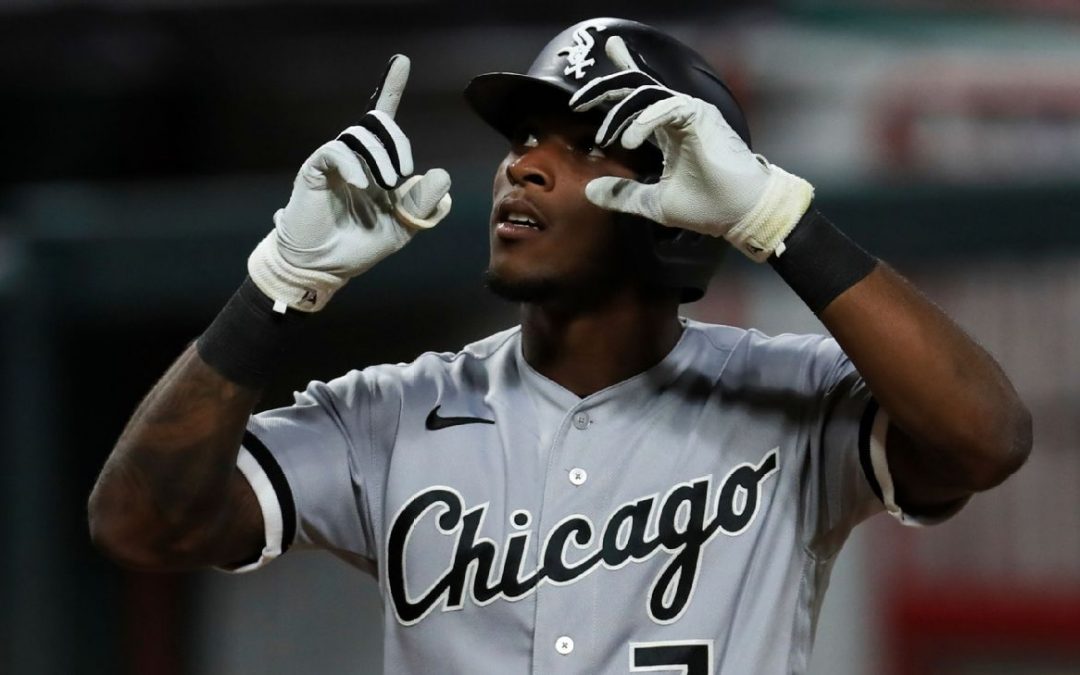 For the past few seasons, Anderson has been a household name throughout the MLB. When it comes to excitement and swag, Anderson has brought that to the game.

And he does it well. Whether it’s the bat flip after a home run or his smooth game at shortstop, Anderson is someone you want to watch.

Our MLBbro had his breakout season in 2019 when he batted .335, which led the league. This brother showed no signs of slowing down after that.

What did he do in 2020? Oh, he just hit .322 during the shortened season and won his first Silver Slugger award.

Going into the 2021 season, Anderson wanted to continue to make an impact on the field, and so far he is doing just that.

So far he’s living up to the expectations of one of the top players on a talented Chicago White Sox team. Through 60 games, Anderson is hitting .297 with six home runs, 26 RBI, and 13 stolen bases.

He’s getting it done on the field as well. Anderson is posting a .975 fielding percentage through 59 games. One thing about Anderson is that he’s going to leave it all on the field every time he touches the diamond.

Not only is he exciting to watch, he also is a leader on the field and in the clubhouse. Anderson knows how to stay true to himself and that’s something he takes pride in.

“It’s nothing like, ‘Hey, I need to be that, I need this to happen,’ ” Anderson told the Chicago Sun-Times. “But if I just keep being me, standing on what I believe in, then I’m happy in my spot where I’m at, where my feet are. And that’s cool, too.”

“I’m going to keep leading and be an example, leading and inspiring people and making my teammates better,” he said.

White Sox manager Tony La Russa enjoys having Anderson on his team. But, then again, who wouldn’t want a player like Anderson on their team?

“What I’ve learned is he has a gift and burning desire to win,” La Russa said, “and he communicates to his teammates and does it in a real positive way.”

“He has great spirit, and it’s all about wanting his team to win. That’s the best motivation there is, and it’s infectious with our team.”

If you have paid any attention to the White Sox this season, you would see that Anderson is a big part of the team’s success.

Through 74 games, the White Sox are 44-30 and are first in the American League Central Division.

Like La Russa said, Anderson’s leadership qualities are infectious and the fans on the South Side love Anderson.

The younger Black generation has a great player to look up to. Anderson plays with passion and you can tell he has a deep love for the game.

When his career is done, Anderson will be a player that people will talk about for years to come. That’s how much of an impact he’s leaving on the game.

Our MLBbro is one of the best out there!

All eyes are on Chicago White Sox shortstop Tim Anderson this season, as the former batting champion is on everybody’s Top 3 MVP candidates list. Baseball’s next great Black shortstop didn’t waste any time sparking the yard, hitting a homer in his second game of the season.

The White Sox have started the season 1-2, but most baseball minds expect them to be in the thick of things in the American League.

However…according to MLBbro.com content creator Jones Whitner, Chi-Town might not want Anderson to hit too many dingers.