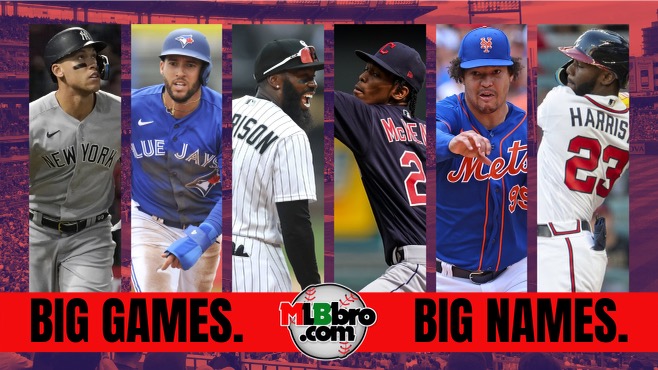 As we get closer to playoff baseball, it’s time to key in on some series that could have serious playoff implications down the stretch.

George Springer and the Toronto Blue Jays have gone from World Series favorites in some people’s eyes opening the year to Wild Card leaders heading into the home stretch. Unfortunately for Toronto, they have to run the gauntlet to close their season, and that could make things very interesting.

Their first test will be the Tampa Bay Rays, who are right behind the Jays in this year’s three team race for the top Wild Card spot. Springer and Co. have a four-game set down in Tampa that could solidify them as the one seed OR push them down the rankings with an even bigger opponent waiting for them when they get back across the border.

After taking on the Rays, Aaron Judge and the New York Yankees will visit the Rogers Centre for three games.  Springer has crushed Yankee pitching this season, hitting .333 with three homers, eight RBI and seven runs scored in 14 games this season.

Byron Buxton and the Minnesota Twins fumbled the division lead, and now the American League central had turned into a battle between the Cleveland Guardians and the Chicago White Sox. Naturally, the baseball gods have blessed us with a three-game set this week that could make things even more interesting down the stretch.

One thing that would certainly boost the White Sox playoff hopes is the return of their superstar shortstop Tim Anderson. Anderson was cleared for baseball activity last week and has been ramping up his rehab in hopes of returning in time to help secure back-to-back division crowns. Unfortunately, there’s no indications he’ll make it back for this important series. 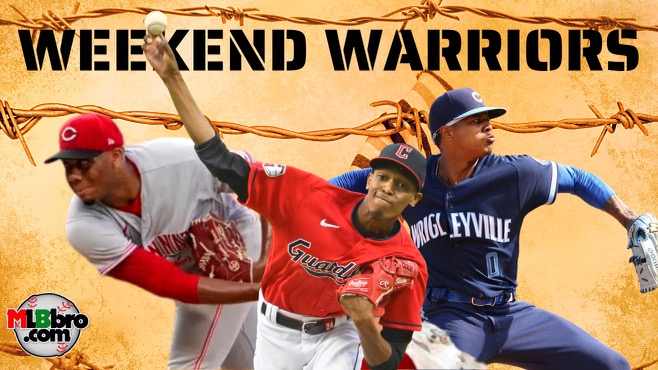 Tonight, the White Sox and Guardians will start the three-game set with just 3.5 games separating them in the division. Young gunner Triston McKenzie is set to go in game two of this series, and he’s fared well against Chicago this season. McKenzie is 1-0 with a 2.12 ERA and 22 strikeouts in three appearances against the White Sox.

While some people may describe the Mets leading in the NL East disintegrating down to single digits as a collapse, we’re just going to call it an amazing division race.

The Braves have received sparks from the young MLBbros Michael Harris II and Vaughn Grissom, and now the defending World Series champs look poised to take the division.

Now Atlanta still has to play Wild Card contender, but the way things are shaping up their three-game set in Atlanta that kicks of next week will be must-see TV. The injury to second baseman Ozzie Albies means Grissom will be back in the lineup for the foreseeable future, so we’ll see how he fares down the stretch.