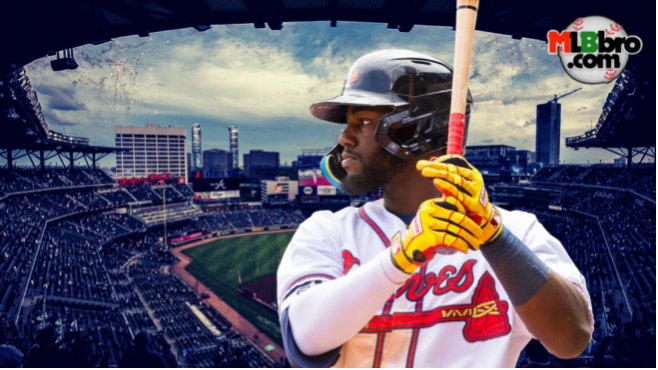 This MLBbro story is an easy, feel-good story about a hometown boy growing up watching his favorite team only to grow up and become a budding superstar years later. It’s a setup that would be a script from a Hollywood movie or an after school special on television.

So here’s MLBbro.com’s version of a script about our MLBbro, Michael Harris II.

Harris grew up less than an hour from Truist Park, the current home of the Atlanta Braves. His favorite players at that time had the same last name of Jones, Andruw and Chipper. As he grew older, Freddie Freeman took the place of the older generation before he left for Los Angeles to play with the Dodgers.

When the Braves selected him in the third round at the 98th slot back in 2019, it really didn’t send shockwaves throughout the franchise or Major League Baseball. Now it looks like it’s a dream come true not just for Michael Harris II, but for the Atlanta Braves. If Harris II can continue on his early pace and improve, not only could he be  the biggest steal in 2019, but the biggest steal possibly in the last 25 years.

When you look at the early production of Harris II and his salary, the word steal applies. In his first 29 games, our MLBbro hit .330 propelling him to the top of the list of the best rookies in baseball. Quite an achievement for a player that was promoted to the majors from Double-A on May 31st. Due to his late promotion, he gets the prorated amount of the league minimum ($700,000) which adds up to $20 short of $500,000 for the season.

Naturally when a player explodes on the scene without warning, experts start lining up past players to make comparisons. As of this writing, Harris II is already in the talks for NL Rookie of the Year. Can it be done after our MLBbro started his season in the majors just before the month of June? Yes, he can because MLBbro icon, Willie McCovey accomplished the feat after only 52 games.

Now the more streamlined comparison for Harris II these days is directed at Andruw Jones, who had a similar story by carving his way to Atlanta’s future at a young age. The Braves have now placed our young MLBbro in center field just like they did Jones and will keep him there for the immediate future.

The youngest player in the major leagues is wowing everyone with his instincts that allows him to make plays like a superstar veteran. Those instincts get him to areas to make difficult catches and make powerful throws that have hit triple digit levels from the outfield.

His mindset which he described to Forbes.com shows that his maturity far belies his age.

“I play certain situations in my head,” he said. “And that actually was one of those situations. Before it happened, I actually was asking for the ball to come to me, so I could have a chance to throw the runner out.”

Plays like these not only have him in the conversation of being a top rookie, but for the Gold Glove, an award Andruw Jones has won 10 times in a row during the Braves’ 14-year divisional title run that dominated the 90’s into the 2000s.

MLBbro coach Ron Washington puts the exploits of Michael Harris II in the proper perspective without placing unneeded pressure on the young man with the Andruw Jones comparisons.

“He’s only been with us for a month,” he said of Harris II. “He has talent, and we can certainly see he has some athletic awareness out there. But trying to compare him with Andruw Jones isn’t doing justice to Michael Harris.”

“Let’s put it this way: we’re certainly pleased with the way he’s playing. The talk was he could help us defensively. We didn’t know what we were going to get out of him offensively. So far he’s surprised everyone. At the time he came up, our outfield was in disarray. He solidified it. But to compare him to other people right now doesn’t help. We have to allow him to get his feet wet at the major league level.”

No disrespect to our MLBbro OG, but this Harris II deserves some flowers now. Despite playing less games, he has matched the home run total of Ronald Acuna Jr and Ozzie Albies.

The Atlanta Braves had better enjoy the hometown discount for this MLBbro’s production because time will run out real soon.