Professional baseball has changed and looks to continuously change with “ANALYTICS.”

In fact, It’s gotten so bad that Black Ace C.C. Sabathia has just come out and said what we all know: “Black baseball players are forced to play baseball the White way.”

From the defensive shifts to the devaluing of athleticism and other aspects of the game like stolen bases and bunts. The authenticity of the game is dying and giving way to a data-infested robot show with a focus on home runs, spin rates from pitchers and hitters’ exit velocity.

All of these things have altered the way the game is played, managed and consumed. The most glaring way that baseball has changed is in the complexion of the guys who play the game.

Watch any major league game and you’ll quickly notice the lack of MLBbros. It’s exactly why we started MLBbro.com.

Analytics Is The Op

Being forced to play and manage under a new metrics-obsessed and often talent-oppressing culture has contributed to the decline of African-Americans in the sport.

Wish @TheJudge44 was representing #MLBbro nation in the Home Run Derby. We’ll just have for this long ball in the meantime. #MLBbros https://t.co/UjS8yaVtjL

In fact only 7% of the players on Opening Day rosters this season were African-American, down substantially from a high of 18.7% in 1981, according to the Society of American Baseball Research.

That’s pretty sad in a country where Black people currently make up 13.4% of the population according to U.S Census Bureau stats and Black and Brown players dominate MLB’s All-Time record books, leaving no misconceptions about their impact on the game’s history.

Playing a sport that’s predominantly white like baseball means that there are a multitude of factors Black and brown players will always have to contend with, that have absolutely nothing to do with their on-field ability.

Yankees legend C.C. Sabathia recalls himself reeling during the summer of 2016, much like the rest of us, following the murders of Philando Castile and Alton Sterling.

That was just the latest in a long string of Black Americans dying at the hands of officers.

But instead of finding comfort in his teammates, he was met with a stereotypical response: “Why don’t they just obey?”

An Excerpt from “Till The End”, a new autobiography of pitcher CC Sabathia, addresses the pressures Black players face to play baseball “the white way.”

When you see a lack of Black players who are willing to speaking out about social issues, systemic problems and police brutality, it’s because of the lack of diversity. There are just not enough Black players for one to feel comfortable enough to take a stand — unlike the NBA or NFL where there’s strength in numbers.

Sabathia says there were times in Cleveland where he was the only Black player on the entire roster. The Yankees only had four or five Black players at most, on its 24-man roster each season during most of C.C.’s tenure in the Bronx.

“That’s a lonely place to be at any point in your career, but especially if you’re a younger guy trying to prove yourself in the game. You want to hold onto your job and you want to feel like you’re part of the team, not an outcast, not an angry Black guy,” Sabathia lamented.

”And you want fans to love you. LeBron is probably the only athlete who is so good that as soon as he’s back on the court everyone forgets what he just tweeted about social injustice.

But the rest of us would hear about it from the fans and media. You can play baseball for a long time, have a lot of fun, and make a lot of money. But right now this sport isn’t for us, and we know that. And if the game doesn’t change, it’s going to be in trouble, and not just with Black people.”

Sabathia recalls spending fifteen minutes in a Boston Louis Vuitton store without one sales associate even acknowledging him, and it wasn’t because they were archrival Boston Red Sox fans either. And how about Willie Mays arguably the greatest player ever, not being able to purchase a home in the wealthiest San Francisco areas when he played for the Giants in the 50’s and 60’s.

Not much has changed as far as how Black players are treated.

This country has always done a really good job of reminding you that even if you’re rich and famous, many people still consider you less than when you’re Black.

Black baseball players should be free to express themselves comfortably and exist within their culture. The thought that players of color have to be fearful of being authentic is just one of the systemic ills that have made baseball a sport that’s not easily digestible for Blacks.

Until MLB has more Black ownership, leadership in the dugout and in the front office, Black players will continue to be forced into an analytics box where their potential is stripped from them as they attempt to fit a certain number or personality mold created by a person who could never understand the depth of their genius. 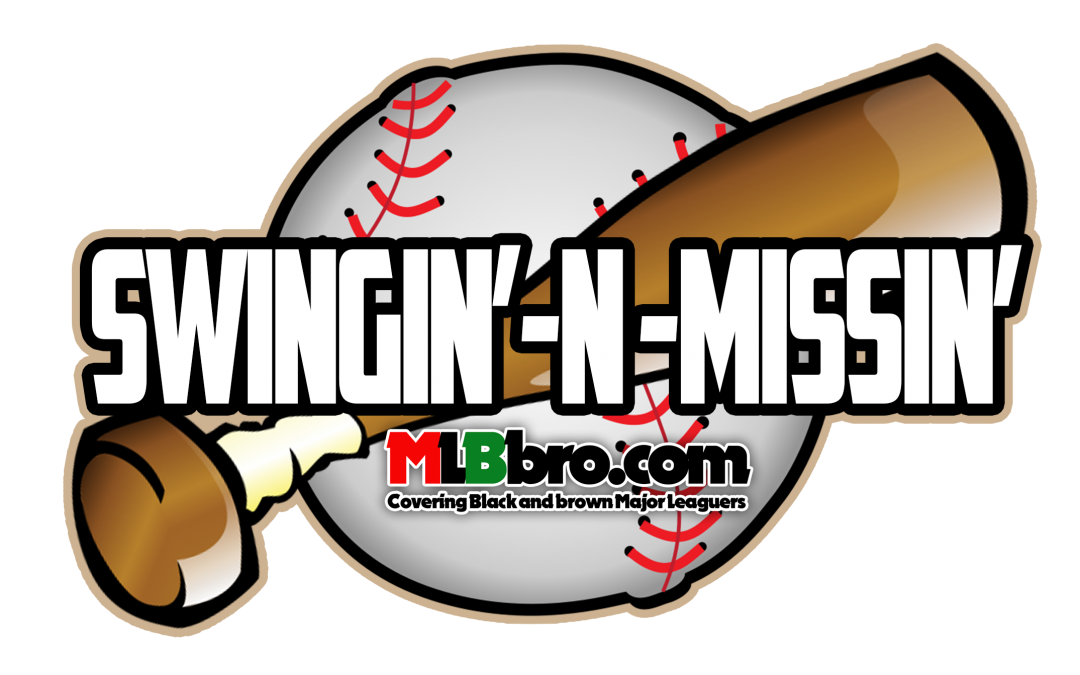 In the aftermath of his poor choice of words concerning Marcus Stroman’s Du-rag, Bob Brenly recently took a leave of absence from his job as Arizona Diamondbacks broadcaster.

Jala Norman suggests that the situation would not have occurred if MLB had more Black and Brown people announcing the games. As far as media diversity is concerned, baseball is Swingin’-N-Missin’ 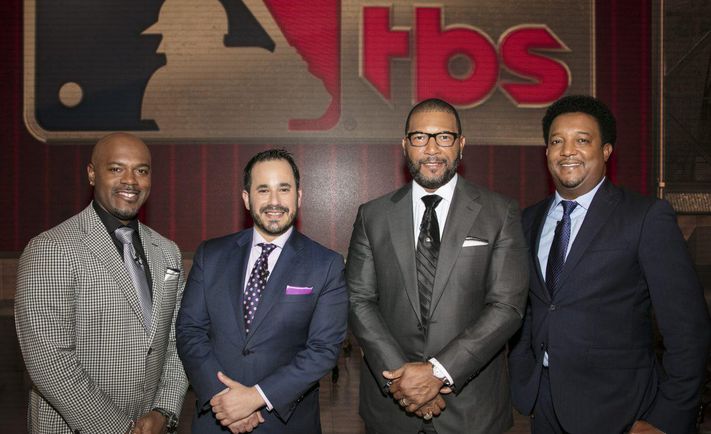 Some highly-accomplished MLBbro’s are expressing their distaste for certain aspects of the current state of baseball.

Former MLB shortstop Jimmy Rollins, who played in an era when Black players were a bit more plentiful, is the last Black shortstop to win an MVP. When J-Roll entered the league at the turn of the millennium, 12.8 percent of the players were Black and Brown. By the time he finished his illustrious career in 2016, the number had dwindled to a 60-year-low of 6.7 percent.

Despite some signs of life, Rollins is very disappointed in the current percentage (7.6 %) of African-American players in MLB. He thinks the number is too low. As Jackie Robinson Day came and went, Rollins, who should be Cooperstown bound, just couldn’t hold his tongue anymore.

“It’s more than just one thing,” the four-time Gold Glover from Oaktown told The Associated Press. “Marketing. The NBA and the NFL, those guys’ faces are plastered all over the screen. Baseball, there isn’t really a great deal of marketing. Obviously, everyone knows about Mike Trout and rightfully so, but there are some young Black players that deserve some light, too.”

Rollins listed Ken Griffey Jr. and Barry Bonds as popular players who freaked the marketing game and captivated him when he was a kid with MLB dreams.

“But when you start going outside of that select few, the sport itself isn’t marketing anyone else in a major way where kids from the inner cities are attracted to it,” said Rollins, who along with his teammate Ryan Howard won consecutive NL Most Valuable Player awards with the Phillies in 2006 and 2007.

Rollins was the multi-skilled leadoff hitter and a crazy clutch 20-20 guy with a golden web. Howard was the big bopper who batted cleanup, flexing 50-homer potential for a team that won five straight NL East titles, two NL pennants and the 2008 World Series.

But How come these Black Knights didn’t flip their MVPs and World Series success into some major endorsements?

“I remember we…a lot of Black players, had a phone call with Spike Lee years ago,” Rollins said. “We flew out to Chicago. We were with MLB and the union and Spike Lee. We talked about doing commercials. Nothing ever came of that. It was like a one-time thing. Not to knock MLB, but they’re going to do things that, at face value, look great. But the impact is minimal because there’s generally never any true follow-through. That’s not just baseball. A lot of organizations do that.”

Let’s face it. As far as visibility and marketability,  kids see the NBA player as the fastest route to celebrity superstardom. We haven’t had a transcending Black or Brown superstar in baseball since Derek Jeter and Ken Griffey Jr. We have some contenders, but no player has captured the masses and the casual fan like The Kid — who’s Dad was a damn good major leaguer who introduced him to the game.

Speaking of Dads, Rollins also attributed the decline of Black players in baseball to socioeconomic factors.

“You need space to play baseball,” he said. “You don’t have that in a lot of places. In the country, you can find a field. In the city, kids aren’t playing stickball. A basketball, you could pick up and dribble. It’s easier to find a court. You don’t have to field nine guys to play basketball. You can play one-on-one. The expense, you need the tools, you’ve got to pay for travel teams. In other sports, we know it’s been well documented. They get sponsored and those things don’t happen in baseball.

Also, you look at how baseball’s traditionally passed down from the dad to son. If your father isn’t around, the chances of you being exposed to baseball because it’s more of a team sport, it’s probably less likely to happen.”

While Rollins is critical of the limited access to quality baseball and all of the internal and external factors that keep participation numbers down for African-American athletes, former MLB player Gary Sheffield is not even interested in watching the game anymore.

“I don’t watch baseball at all,” he told CBS Sports Radio’s Tiki and Tierney show.

Sheffield, a nine-time All-Star and 1997 World Series champion, was working as a TBS studio analyst during the 2020 postseason, but he doesn’t even do that anymore.

“I was kind of forced to watch baseball because I was working with TBS,” he said. “And so I had to remember, really find out who these players were. I’ll tell you the secret now: I never watched the games during the season. I would get educated on it when I got there. … It’s not something that I could watch, based on what I’m seeing, because I’ll be a complainer. … This is the first time I’ve ever said that out loud, but I’m just truly disappointed with what I watch.”

Sheffield ranks 26th all-time with 509 home runs. And get this kids…he swung hard enough to pull his own shoulder out of the socket, but he never struck out more than 83 times in any of his 22 seasons.

“(It was exciting) when I was playing. They implemented all these rules now and they’ve changed the game so much, they’re making it more hitter-friendly — even without having success. These guys can go out there and strike out 180, 190 times, and it’s OK. And then all of a sudden they show a home run. Now, a home run is less appealing, when a home run was a big deal and more appealing (when I played) because it wasn’t happening as often as it is now…

“When I see a pop-up player that everybody gravitates to — he’s the face of the team, the face of the city — and he has 100 strikeouts in April. When I see stuff like that, I’m not one of those older players that scoffs at the game and then talks about the game in a negative light. I just speak on facts. But what I do is meet these kids where they are at.  That’s the way the game is played today, that doesn’t mean I have to watch it.”