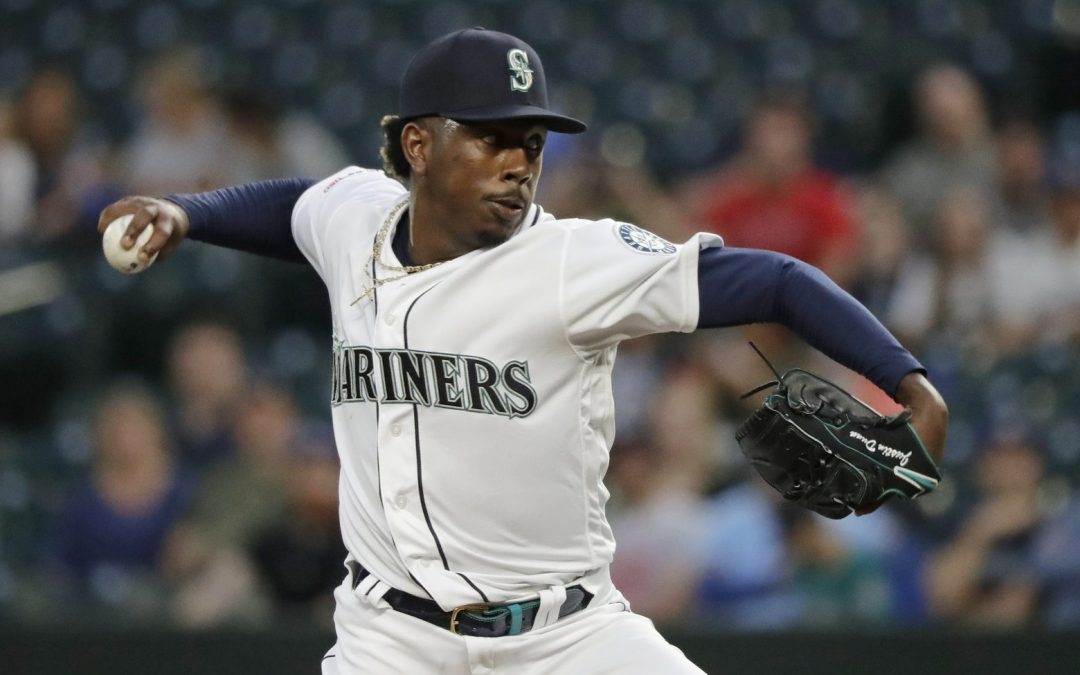 Always remember that in many instances — pitching, for example — quality trumps quantity.  Justin Dunn’s pitching performance for the Seattle Mariners this season is a prime example of such an instance.

With his victory over the Texas Rangers on Saturday night, Dunn extended his American League-leading streak of 15 straight starts of allowing three or fewer runs.

Pitching is just different in 2021. Black in the day, pitchers were expected to throw longer into games than we see now.  Rarely do we see a complete game thrown, let alone a starter even reach the seven or eight-inning mark.

With managers having the option of going to four or more guys in their bullpen who can throw 95 mph and above with dirty movement, the role of the starting pitcher now is to keep his team in a position to win, rather than go deep into games.

Throughout this season, and even extending into last, Dunn has been one of the best in baseball at getting this done.

Since August 23, 2020, Dunn has been stingy, allowing three or fewer runs in his last 15 starts. Particularly, he has been heating up over his last three starts, and this could be the best stretch of his young career.

Dunn, from Queens New York, has never been the biggest, hardest-throwing, or most intimidating pitcher, so he’d dealt with people doubting him and knocking him for not measuring up to the metrics. Those funny numbers that, falsely determine who has the goods, while overlooking things such as natural talent and heart.

In his last start this past weekend, Dunn went 5.2 innings, striking out eight and allowing one run in a 3-2 victory aided by MLBbro shortstop J.P. Crawford’s second home run of the season. Dunn’s stat line was very similar just two starts ago when he struck out a career-high nine in a loss to the Detroit Tigers.  In his last three games, Dunn has an ERA of 2.20 and a WHIP (walks plus hits per innings pitched) of 0.92.

Dunn’s beginning to find his All-Star stride on the mound. He was drafted by the New York Mets in the first round of the 2016 draft after posting a 2.06 ERA in his junior season at Boston College.

Going into the 2018 season, Dunn was ranked as the No. 3 prospect in the Mets farm system.

Later that year,  he was involved in a trade that sent him to the Seattle Mariners in exchange for one of the best second baseman of our generation in Robinson Cano (who was aging at the time) and closer Edwin Diaz.  Justin made his MLB debut on September 12, 2019, against the Cincinnati Reds.

The kid they used to count out is currently putting together a quality resume for 2021. He has a 3.18 ERA and has struck out 45 batters this year.

Opponents have not been able to make solid contact on him either. His .168 batting average against is good for the second-lowest in the American League behind the White Sox’s Carlos Rodon.

Dunn and MLBbro rotation partner Justus Sheffield are one of two rotations in baseball that feature two black starters.  The other rotation resides in Flushing, Queens and consists of  Black Knights Marcus Stroman and Taijun Walker.

Sheffield got the job done for the Mariners Friday night as he was awarded the win after going five innings allowing just two runs on six hits.

Dunn’s next start is Friday in Los Angeles as he and High Five member Kyle Lewis take on Justin Upton and the Angels.