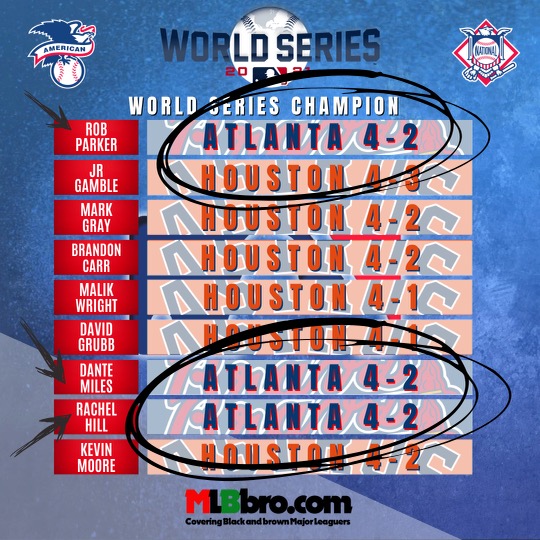 The 2021 MLB season is over and the Atlanta Braves defeated the Houston Astros 7-0 in Game 6 to win the city’s first     World Series title since 1995.

Congratulations to MLBbro.com team members Rachel Hill, Dante Miles and our very own Rob Parker for picking the Braves.

See you next season ! 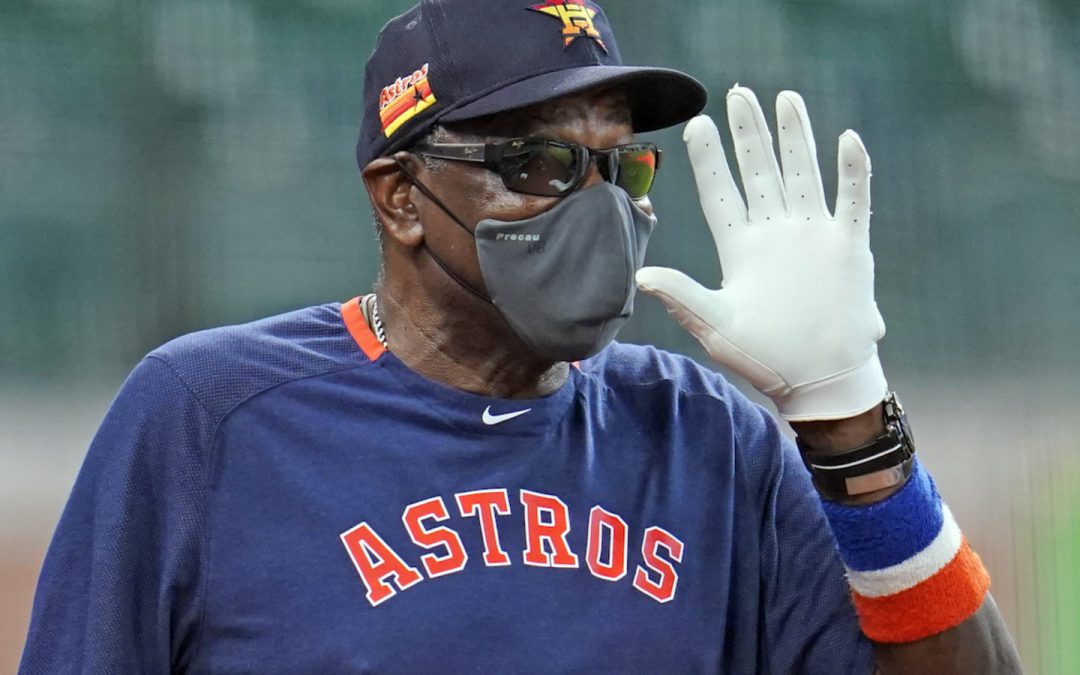 ATLANTA– After another ice cold showing from the Houston Astros offense on Saturday night, we all began to ponder out loud if Dusty’s chance at a World Series had once again slipped through his hands.

Dusty didn’t offer any excuses for the situation, but instead reiterated the faith he has in his ballclub. That faith was rewarded Sunday night, as the Astros defeated the Atlanta Braves 9-5 to force this series back to Houston for Game 6.

The Braves jumped out to a four-run, first inning lead thanks to a two-out grand slam by Adam Duvall. But unlike Saturday, the Astros were able to respond early and often.

The Braves would add one additional run, but once Dusty went to his bullpen, Atlanta was held scoreless for 6 ⅔ innings.

But there were still runs to score, and the Astros hadn’t been able to do much in that department since Game 2. Now when looking to explain such a drastic shift in offensive output, you need to look no further than the lineup.

With his team on the brink of elimination, Dusty dropped third baseman Alex Bregman to seventh and ran with his hottest six hitters at the top of the lineup. Armed with a new batting order, the Astros were able to do something we haven’t seen from them since they dismantled the Boston Red Sox last round; score runs in bunches.

The Astros scored two in the second and third, three in the fifth and two more insurance runs to end Atlanta’s postseason home win streak at eight games.

“Carlos swung the bat great, we got a big double outta Bregman and so I’m just glad we get to take it back to Houston,” said an excited Baker.

“That was our goal today, to get it back to Houston and it’s just one game at a time now.”

The way both managers handle the bullpen will be important in the final two games of this series. The key to an Astros win, however, lies in the bats. The Astros core players — from Altuve to Correa to Brantley — have to pound their way to the title, which won’t be an easy task. 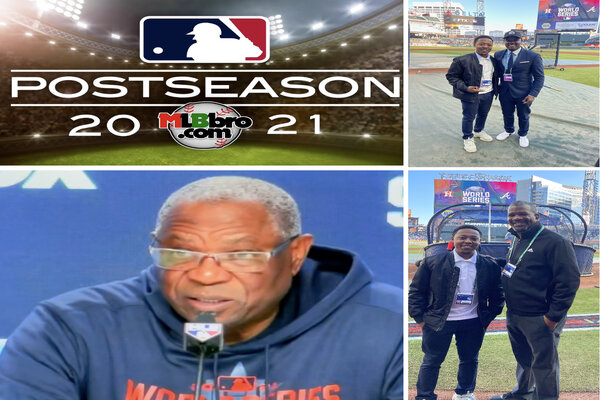 “Is Dusty a magician?”

That was the question MLB Network Reporter Heidi Watney asked Houston Astros slumping third baseman Alex Bregman after manager Dusty Baker dropped him in the batting order with the team facing elimination in Game 5 of the 2021 World Series.

Bregman responded:”Dusty’s the man. It was a great team effort all the way around. We found a way to win and now we’re going back home.”

The Astros have been struggling offensively in this series, but Dusty Baker’s magic touch produced nine runs and hits all throughout the lineup.

Carlos Correa and Yuli Gurriel both had three hits in the 9-5 Astros victory. The Stros gave up a grand slam early to fall behind 4-0. Then the bats started bussin’ and the rest is history. On to Texas!

MLBbro.com’s Rob Parker and Dante Miles were live at Truist Park in Atlanta. 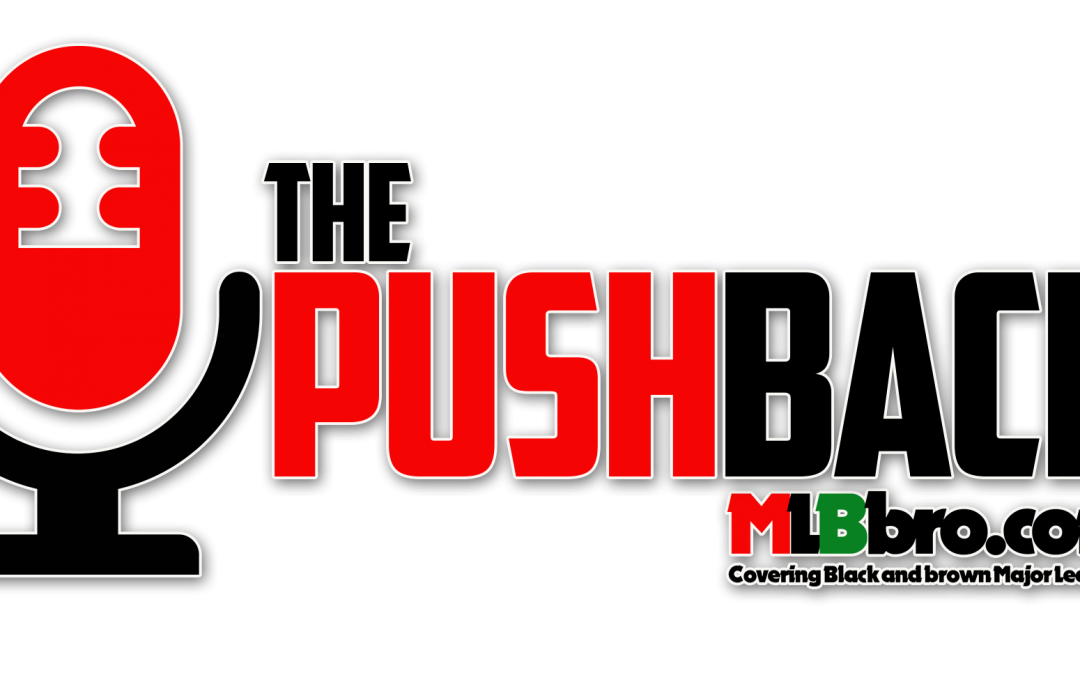 Some Houston fans panicked after the Astros dropped Game 1, but the bags came alive in Game 2 and the series is knotted at 1-1.

Mark Gray breaks down his overall philosophy for how Dusty Baker will manage the Astros to an improbable title in the midst of backlash for a cheating scandal that didn’t happen on his majestic watch.

MLBbro.com’s Best of Dusty Baker 2021 | Does Dusty Need To Win World Series To Be Cooperstown Bound?

Dusty Baker has the 12th most wins by a manager in the history of MLB, but he hasn’t won a World Series.