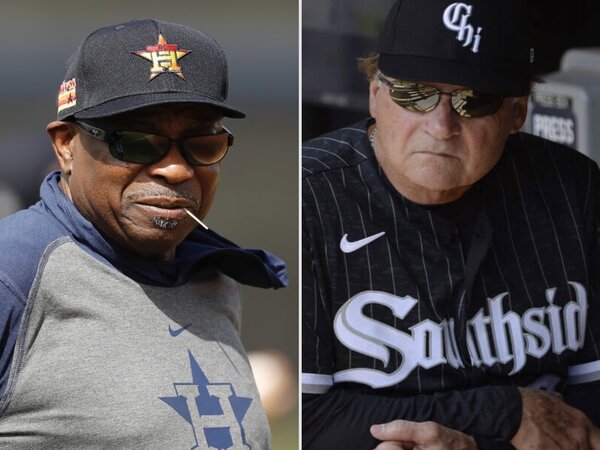 Dusty Baker and Tony La Russa have a combined 68 years of managerial experience and 4,703 wins between them, including Thursday night’s 10-2 win by the Astros over the White Sox.

Baker, the most accomplished African-American manager in MLB history, and La Russa made history in the first meeting between two managers over the age of 70 in the modern era (1900).

MLBbro and All-Star candidate Michael Brantley set the tone with a three-run blister to give the Astros a 3-0 lead and they never looked back.

These guys are meeting for the first time as 70-year-olds, but they have a long history of battling between the lines and from the top step.

This is their fourth freakin’ decade coaching against each other. Most people don’t know their spouses that well. However, it is the first time in a decade and there were certainly some senior citizen bragging rights at stake.

All jokes aside, these guys are still sharp as swords. Like the masters in the old Wu-Tang videos who looked 100 but were untouchable in hand-to-hand combat against younger, stronger adversaries.

The Astros are now 40-28 and just two games behind the Oakland A’s in the AL and are one of just five teams in the American League with 40 wins.

The Chicago White Sox are 43-26 and share the American League’s best record.

This meeting of the minds didn’t live up to its potential as the Sox had an off night and the Astros bats continue to torch teams led by Jose Altuve who has 9 homers this month.

Expect to see both of these teams in the playoffs and the senior citizens at the helm will both be at the top of their games if they happen to meet.

It would be quite a show to see old Dusty going head up and matching wits with the three-time World Series mastermind.

Both managers have taken teams with talent and elevated them to the next level. True contenders.

Baker has seamlessly taken over for former disgraced manager AJ Hinch and helped the Astros regain some integrity along the way.

As long as the Astros continue to win games under Dusty’s leadership, Houston’s front office will look like geniuses to the fans and the rest of baseball for bringing in the OG skipper and further separating the front office and ownership from the World Series scandal that rocked MLB. 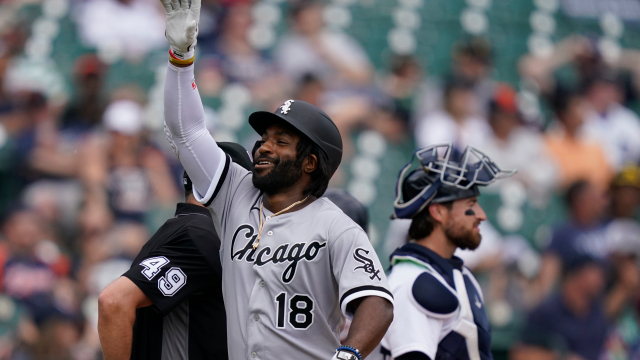 Brian Goodwin Knows A Thing Or Two About First Impressions

When it comes to making a good first impression, Chicago White Sox outfielder Brian Goodwin does that well.

The 30-year-old gave White Sox fans a treat in his debut on June 12. The White Sox bats came alive that day against the Detroit Tigers in a 15-2 win and Goodwin, a six-year veteran, made sure to join in on the fun.

He went 2-for-5 at the plate, hitting his first home run of the season and had five RBI. Goodwin became the 38th White Sox player to hit a home run in their debut.

“It felt good, first game, give the fans and teammates something to see,” Goodwin told the Chicago Sun-Times after his performance.

That is the production Goodwin needed to have the opportunity to make an impact for a team who has a chance to play for a World Series title this season. This surging White Sox team will benefit from having a player like Goodwin, who can be productive at the plate and in the field.

The start of the 2021 season has been a rollercoaster for Goodwin. He signed a minor league contract in February with the Pittsburgh Pirates. Our MLBbro received an invite to spring training in hopes of making the Opening Day roster. The talent-strapped Pirates decided to release Goodwin on May 3rd. At that time the veteran outfielder wondered when he would next play baseball.

But, that didn’t last too long. A day later,  he signed a minor-league contract with the White Sox and now he’s back in the majors.

“I wasn’t too happy about it, but it helped me keep that chip on my shoulder,” Goodwin said. “Signed here in May, and I’m still [ticked] off. I’m going to take it out on everybody else with how I play.”

After spending time in Triple-A Charlotte, Goodwin got the call up after Nick Madrigal went on the 60-day Injured List.

Before joining the White Sox, Goodwin played with four other MLB teams. His last stint in the league was in 2020 with the LA Angels and Cincinnati Reds. During the COVID shortened season he appeared in 30 games with the Angels and batted .242 with 17 RBI. The Angels traded him to the Reds and he finished the season playing in 20 games and batted .163.

Goodwin started his career with the Washington Nationals, who drafted him in 2011 out of the University of North Carolina.

He made his debut with the Nationals in 2016, appearing in 22 games and finished with an impressive .286 batting average. The next season, Goodwin appeared in 74 games, finishing with a .251 average. This brother quickly made an impact in his first few years.

In 2018 he spent the first half of the season with the Nationals and was then traded to the Kansas City Royals. The Royals released Goodwin in March of 2019 and he was picked up by the Angels, where he had a career season.

So as you can see, Goodwin has bounced around during his time in the Majors. He has a career .250 batting average and he’ll continue to look to make an impact while he’s on the field.

Brian Goodwin's first at bat with the Sox is an RBI double! pic.twitter.com/5j0wp2KRuN

It all came full circle for Goodwin because the first time he was drafted was out of high school in 2009 and can you guess what team drafted him? The White Sox.

Now he’s a member of the team on the South Side that could make a deep run in the postseason.

There was a notable absence in the Chicago White Sox lineup on Wednesday and Thursday. Team spark plug, emotional leader, and perennial batting title-contender Tim Anderson has missed the last two games and Chicago has split those games. They were shut out by the Cardinals and defeated the hapless Orioles.

Anderson’s absence was notable as it came after a rare off day for the shortstop Wednesday.  With one of the most consistent players on the White Sox missing consecutive games, people started asking questions.

“He’s got a couple of sore spots, so we’re going to get him un-sore. Should be temporary,” La Russa said. “Just general soreness, the way I see it.”

The White Sox later relayed a message from Anderson, who described a bit of thumb soreness in addition to the general soreness and said he expects to return to the lineup Friday. Anderson isn’t a big guy, but he plays with a lion’s heart and he sacrifices his body to enhance the potency of his team on both sides of the ball. Let’s hope he gets the rest he needs to be back on the attack real soon.

With the White Sox leading by just one game in the AL Central, the franchise needs their MVP back in the fold soon. They can withstand a few games with TA, but any extended absence will be damaging to their current standing. 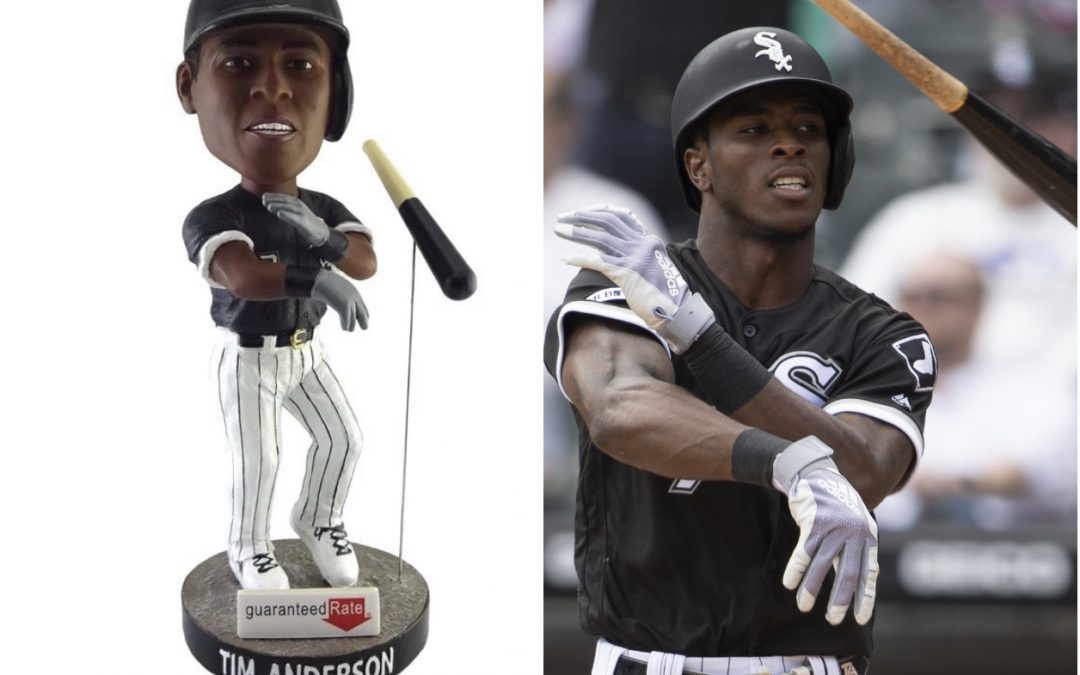 Tim Anderson is the coolest Bro in the game. And here’s proof.

On Saturday, his White Sox will give away his bat flip bobblehead which captured the most iconic moments of his career.

This isn’t the first time Chi-Town’s Sox honored the former batting champion with his own bobblehead doll.

A 🔥 bobblehead to add to your collection.

However, this one represents the true essence of  Anderson and his cultural impact on the sport.

With a runner on second, two outs, full count in a tied game in the fourth inning, the stage was set for one of the more generational-changing moments in recent baseball history.

Anderson stood in the box and absolutely exploded on Royals’ pitcher Brad Keller’s fastball and sent it to the stands in deep left field.  He knew it was gone immediately and as he stared the ball down, he backpedaled and threw his bat down the third baseline.

This moment may be light to some, but baseball players usually decide to quietly celebrate their on-the-field success, suppressing bursts of emotion that may be boiling inside of them. leaving them as they rounded the bases.

Not Anderson. Not then and not now.  Since then, many in the league have followed his lead. Home run celebrations seem to be a competition now.  From golf carts in the dugouts to huge gold chains and dance routines.

Don’t get it twisted, and never forget, Anderson is the Bat-Flip OG.

The bat flip bobblehead was originally supposed to be released May 30, 2020, in a game against the Minnesota Twins but was postponed due to Covid.

This year, White Sox fans will get to grab their TA bobblehead this Saturday as he will match up against one of the game’s best center fielders in MLBbro Cedric Mullins and his Baltimore Orioles.  Anderson and Mullins currently sit 26th and 27th in batting average at .296 and .294 respectively.

T.A. has been one of the top all-around ballers this season.  He ranks second in fielding percentage for all American League shortstops and is third in batting average for shortstops across the league — and No. 1 in sauce.

Anderson has already caught a few victims with the bat flip this season.  He has five home runs through the first three months, his biggest being a grand slam off fellow MLBbro Triston Mckenzie.  He also caught Twins’ pitcher Michael Pineda lacking when he blasted his first pitch of the game for a leadoff home run.

Anderson and his White Sox have a huge interleague test this week when the St. Louis Cardinals and Black Ace hopeful Jack Flaherty fly to the Chi. 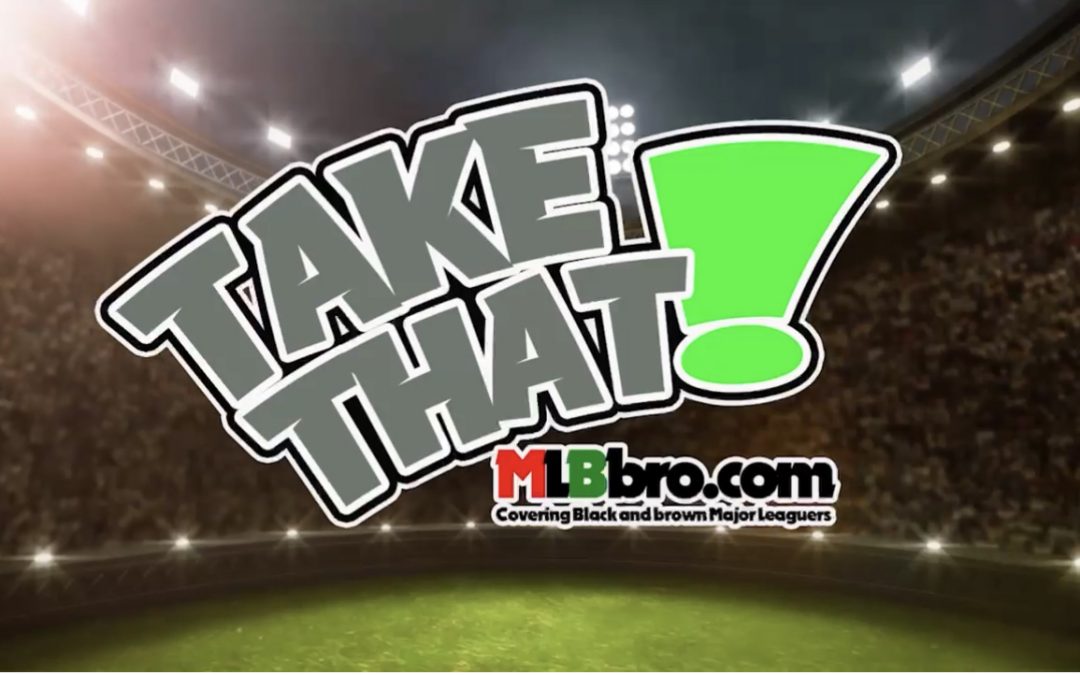 Some Words For Chi-Town Skipper Tony LaRussa: Listen To Your Black Superstar !

After causing a firestorm with his chastizing of rookie Yermin Mercedes for homering on a 3-0 pitch with the White Sox holding a 15-4 lead over the Minnesota Twins on Monday, La Russa defended comments he made Tuesday night.
He continuously used words like “sportsmanship” and doubled down on the idea he was in agreement with the Twins throwing at Mercedes.