NIKE and MLB teamed up for some spicy City Connect jerseys that honor each team’s city, history, fans, and culture. The Arizona Diamondbacks, Chicago Cubs and White Sox, LA Dodgers, Florida Marlins and San Francisco Giants will be releasing their looks at a later date.

One of the most iconic franchises, the Boston Red Sox, was up first, and in my eyes, hit a home run with their Boston Marathon-themed fashion choice. Imagine how I felt when this major drip was delivered to my doorstep. 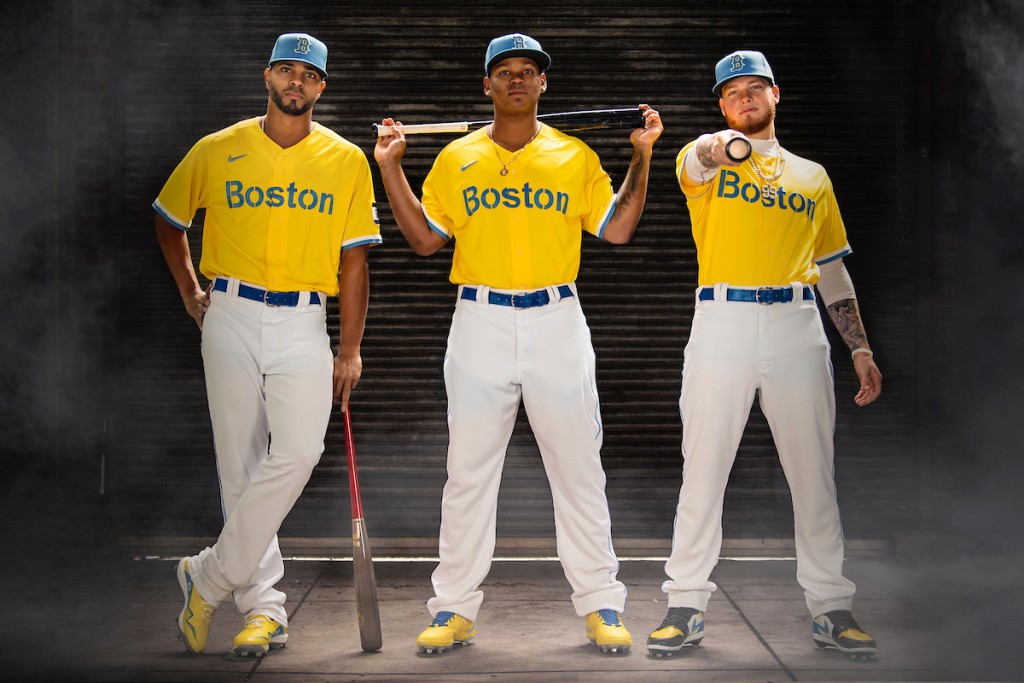