No Mission Is Impossible For Dave Roberts 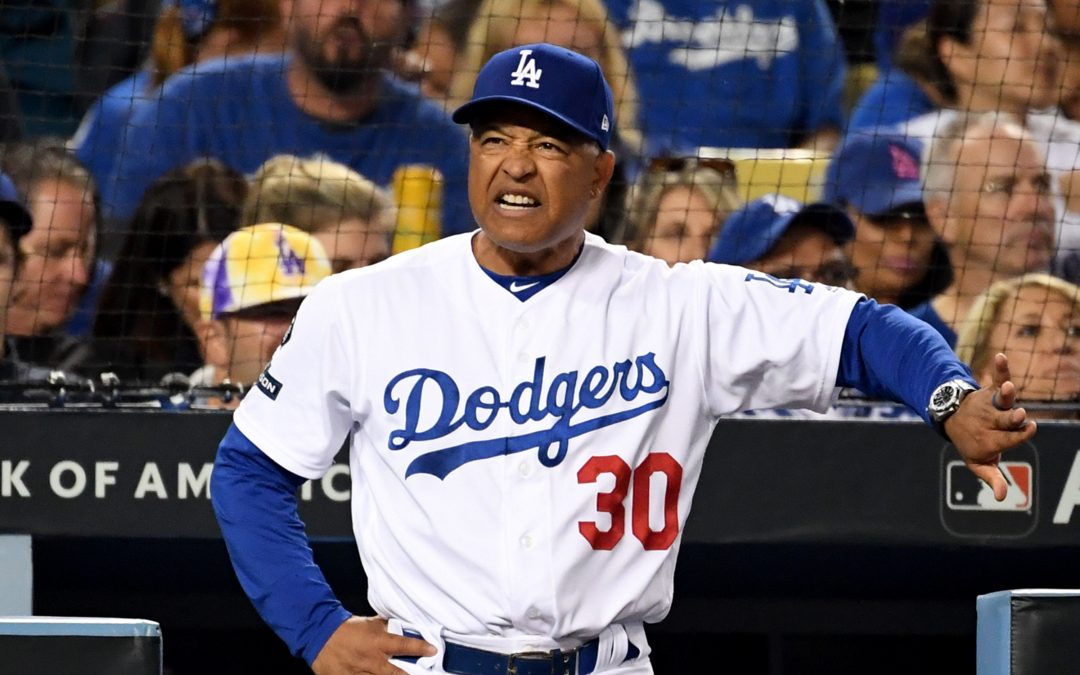 LOS ANGELES — The 2021 season for the Los Angeles Dodgers could easily be a reality television series that gives fans every emotion and feeling possible.

From dealing with injuries throughout the lineup, to the saga of pitcher Trevor Bauer that has more drama than a General Hospital episode, and battling to claim the NL West while falling short by one game to their hated rival San Francisco Giants made this season a challenging one to say the least.

Manager Dave Roberts has seen and experienced it all, from his time as a player winning a World Series championship with the 2004 Boston Red Sox to becoming the franchise’s first minority manager being of Black and Japanese heritage.

Despite the criticisms over the years, Roberts has guided the Dodgers to multiple World Series appearances, battling against cheating scandals surrounding the Houston Astros in 2017 and Red Sox in 2018 and he’s always stood tall on his focus.

His determination and tremendous baseball knowledge finally guided the Dodgers to their first championship in 32 years in 2020. Unfortunately, it happened during one of the most deadly global pandemics our generation has experienced.

It didn’t happen at Dodger Stadium, therefore, there were limited fans attending the World Series in Texas. It came down to a sixth game and on the arm of a young phenom in lefty Julio Urias to secure the final three outs.

His young stable of hitters led by Corey Seager became the World Series MVP, acquiring one of the greatest talents in the game in Mookie Betts paid dividends especially defensively, and we saw the emergence of players like Walker Buehler, Cody Bellinger and Kike Hernandez under Roberts’ tutelage.

The 2021 season saw his Dodgers with their backs against the wall against a feisty and successful St. Louis Cardinals team that had won 17 consecutive games in September and won 19 out of their last 20.

Was Roberts unfazed by his opponent? You better believe it. Though he respected his opponent, he knew the type of talent and the attitude of his players who can play with a chip on their shoulder the size of Frito-Lay most times.

Only in Los Angeles where a team could win in dramatic fashion in the bottom of the ninth inning in a winner-take-all Wild Card game against the Cardinals at Dodger Stadium. Roberts continued to smile in the faces of his critics, and focused on his team defeating his NL West rival Giants in the NLDS.

This was a tall task seeing how the Giants clinched the division with a franchise-record 107-win season. Ultimately it came down to a do-or-die Game 5 at Oracle Park in San Francisco. Of course, Roberts’ methods would come into question again, as in the eleventh hour the probable starter Urias was changed to Corey Kneble. This decision came after Roberts proclaimed Urias would be starting Game 5.

Again, he managed his team out of NLDS and into the NLCS in a rematch against the Atlanta Braves. The Dodgers overcame a 3-1 deficit to win that series last year.

It’s time to put some serious respect on Roberts’ name and trust his decision- making more, especially with the proven track record he’s laid down. I often wonder if Roberts didn’t have the appearance he has, would he be questioned as much as he is.

He’s won a championship as a Black manager in a league that has just eight percent Black American baseball players on the field. There is a serious need for not only more Black players but more Black managers in positions to lead MLB teams.

Roberts is like Tom Cruise, no mission is impossible and could be well on his way to capturing another World Series title in 2021. The Roberts hire also shows when given an opportunity to manage with the proper personnel, anything is possible!