Field Of Dreams Game Was Aight, But MLB Still Missing The Mark With 30-And-Under Crowd

Baseball has gotten a lot of mileage in the days following last week’s storybook ending at the “Field of Dreams” game, held in the cornfield near the original site of the 1989 film of the same name.

It was a trio of MLBbros who stole the show Thursday night in Iowa. @thesportsgroove reflects on the importance of @TimAnderson7 taking a giant leap toward superstardom on a cornfield in Iowa in front of an entire nation. View more on https://t.co/DG3CFNUEBb #MLBbro pic.twitter.com/vkP72kuJAA

Anderson, along with Aaron Judge and Giancarlo Stanton combined for five hits, four home runs, five runs, and 10 RBI on the giant stage of the most watched regular season baseball game since 2005.

The game served its purpose of creating an event that put the spotlight on baseball, which can struggle to keep America’s attention once football pushes its way back onto the scene.

The fact that Black ball players were the central figures in the outcome of the game was icing on the cake.

Alex Rodriguez made note of that fact, hoping that this historic moment might continue to inspire young Black athletes to give themselves a chance to fall in love with baseball.

@AROD nailed it. Great cultural perspective. Great insight. That’s why #MLBbro.com was started on April 1. If you support diversity in baseball then support the voice of that diversity by giving us a follow. pic.twitter.com/AZmq3dxp2K

That could happen. We’ve seen a number of new Black stars begin to emerge this season; from Cedric Mullins to Triston McKenzie.

But the setting for last Thursday’s game won’t resonate with the young audience that baseball needs to grow the game.

Field of Dreams was released 32 years ago.

The average major leaguer is 28.2 years old, the youngest big leaguers have been since the 1960s and ‘70s, when MLB was going through some major growth.

Anderson and Black Ace CC Sabathia both openly stated that they had never seen the film and really didn’t plan too.

Major League Baseball’s fan base is the oldest its ever been, at an average of 57 years of age. By comparison, the NBA’s fan base is a full 15 years younger.

The country is getting younger, and browner. MLB has to start making a cultural adjustment.

Baseball can keep its “Field of Dreams” nostalgia fest, and also reach out to those fans who don’t see any reflection of themselves in the Iowa cornfields.

Here are a few sites that might resonate with Black families and honor the contributions that our community has made to making the game what it is today. 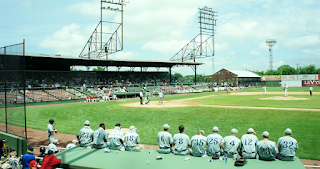 Alabama is home to some of the greatest Black players to ever grace a big league diamond, including Henry Aaron and Tim Anderson. The Deep South has plenty of baseball talent and is home to dozens of minor league teams.

Why not celebrate that by partnering with the Birmingham Barons and hosting a Rickwood Classic Weekend?

A minor league affiliate of the White Sox, the Barons have hosted the game for years in the 110-year old ballpark. 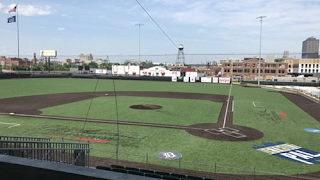 MLB is already part of the effort to help restore the former home of the Detroit Stars. The ball park has been used as a community field for years, but once the restoration is complete, what better way to reopen than with a major league game.

There are other sites as well; stadiums that have endured in one way or another, still carrying memories from generations past. Any would be great.

Imagine the feeling of watching Black major leaguers walking out of the dugouts of stadiums that once provided the only stage for them to play, wearing the uniforms of the men whose dreams they now live.

Imagine the impact on Americans who would see again the fallacy of there ever being “separate but equal” conditions.

Imagine the stories suddenly being told by family members who had heard of or had seen some of those legendary players and inspiring the next generation to come.

Possibly the most famous line from Field of Dreams is “if you build it, they will come.”

Baseball has a chance to build a bridge to millions of potential fans.