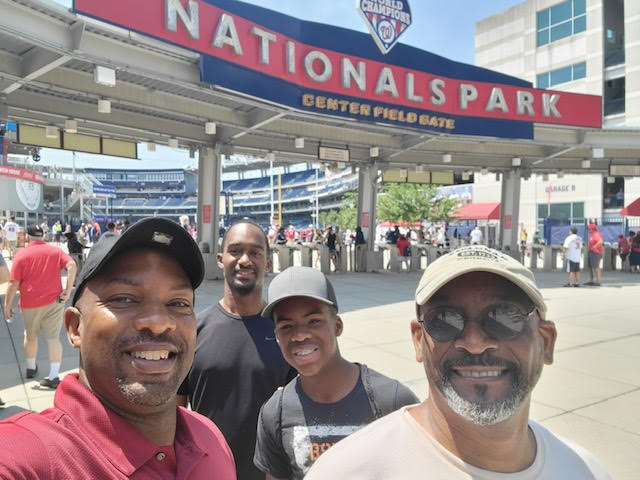 Like many fathers, I was pulled into coaching the team when my sons started playing T-ball. In so many cases, our children like baseball in the beginning, but that love fizzles when they get older and start playing basketball or football with their friends.

I’ve been lucky in that both of my sons continued playing into their teenage years, and my younger son, Jonathan, is continuing through his freshman year in high school — and hopefully on to junior varsity next season.

When I saw that he had a true love for baseball and watched full games on TV, I wanted to do something impactful, so I took him to a few Detroit Tigers games. We had fun in person and had good father-son bonding time, so we went on short road trips to visit ballparks in nearby cities. His interest never waned, and his curiosity continued to grow. 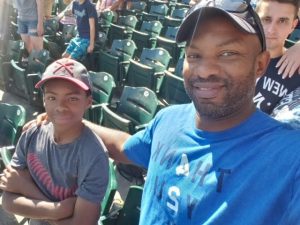 He had so much fun that he asked if we could go to every ballpark in the Major Leagues.

I calculated that if we went to two every year, we could finish the whole league by the time he graduated from college. It’s a lofty goal, but thinking of all the road trips and bonding time, I agreed.  I’ve never regretted that decision and we’ve loved every minute together.

From the magnificent breeze in Oracle Park in San Francisco to the breathtaking downtown view from PNC Park in Pittsburgh. From historic Wrigley Field in Chicago to the retractable roofs of Rogers Center in Toronto and Miller Park in Milwaukee. To the “House That The Kid Built” in Seattle. 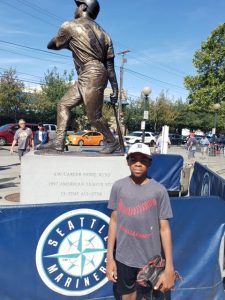 There have even been a couple of Grapefruit League trips to spring training in Florida, where we ran into former Tigers manager Jim Leyland in our hotel and a drive from Jupiter to Lakeland.

We emerged from the pandemic this year and reached the halfway point of our journey on Father’s Day weekend, with a trip to Camden Yards to see the Orioles face the Blue Jays — a slugfest that featured nine home runs — and a short drive to see the Nationals play the Mets at Nationals Park. 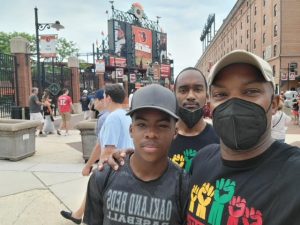 We’re seven or eight years into our adventures, and the most gratifying part is that my son can remember things from each of the trips, such as the winning pitcher, who hit home runs and his favorite foods from each stadium. He keeps the balls we get in batting practice and some of the scorecards — yes, we kept score — and he recalls the quirky fans we’ve encountered.

I just enjoy that we can bond through baseball. We’ve been to the National Baseball Hall of Fame in Cooperstown and we’ve seen Justin Verlander pitch a rehab start in Toledo and ventured to see the Great Lakes Loons in Midland, Michigan. 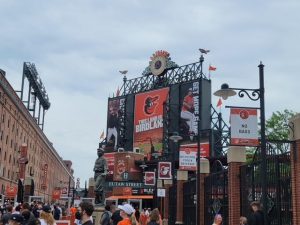 It’s been a blessing, but that’s only half of it. We have another 15 parks to go.